I have had the privilege of working with many inspiring people over the years, and on some amazing projects. I first met Murray Thom in 1987, shortly after he had secured the contract to market and sell Personalised Number Plates in New Zealand.

He had successfully participated in a public tender competing against the likes of NZ Post and the multi national 3M. It was quite a coup.

I was initially engaged to prepare  revenue projections and cash flow forecasts for a bank application.

That initial assignment, lead to a ten year engagement where I took responsibility for the finance, systems and customer service aspects of the business. I have worked alongside Murray in one form or another ever since and I value the relationship immensely.

Personalised Number Plates were new to New Zealand, there was no blue print, so we set about producing one. The contract was signed in October 1987 and our goal was to be in business by February 1st. There is nothing like a tight time frame to focus your energy.

Those first couple of months were spent working closely with the relevant government agencies, setting the rules, and then designing, creating, testing and implementing the required systems. One of the reasons  we had won the contract, against some major corporates, was because of our promise and ability to innovate and move quickly.

I am sure the government agencies that we had to engage with during that time had no idea what had hit them, they were used to working at a much more sedate pace. On February 1st we sold our first plate, and

New Zealand’s roads would never be the same again. One of the terms of the contract was that half of the Governments share of the revenue was to be allocated to road safety, which has resulted in millions of dollars having been generated for that cause during the ensuing years.

From that initial sale we grew the company into a multi-million dollar business over the following ten years and had an immense amount of fun doing it. We greatly exceeded those initial revenue projections, more than justifying the decision made by the selection panel in 1987  to go with a small, innovative, marketing and customer focused team.

A few  years later Murray was  to  become the N Z Entrepreneur of the year, due in large part to his role in the success of this business, it was a great honor for him. 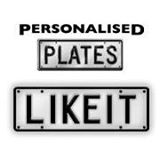 your most valuable asset – a loyal customer

It was at Plates where I learnt the value of customer loyalty. A loyal customer is the most valuable “off the balance sheet” asset a company possesses.

The company’s value statement at Plates was, “we are a pleasure to do business with” and the objective was to be that with every person or organisation that came in contact with us, from our employees and suppliers through to our customers.

A loyal customer is one who feels valued and appreciated. They are people whose expectations have been exceeded, who you’ve connected with and earnt their trust.

There is a big difference between a satisfied customer and a loyal one.  Loyalty comes through the creation of an emotional connection.

According to the Global Marketing and Research Company  “Bain & Co”, a loyal customer becomes a promoter of your business, is less price sensitive, has higher repurchase rates, and is responsible for 80 – 90 percent of the positive word of mouth about your company, its products and its brand.

The value of a loyal customer is immeasurable.

create owners – they get the results

“Plates” was an extremely successful,  fun and exciting place to work. As a management team we put a lot of energy and focus into creating an environment that valued our people, producing a culture of innovation and productivity.

Employees who are looked after and taken care of, will do the same for your customers. The remuneration package, terms of employment, company culture and your employees sense of value and worth form a huge component to their satisfaction at work and your ability to retain them.

Plates  employees were made up of 80 percent commission only sales staff and the remainder were systems, administration and customer service employees responsible to me. It is relatively easy to motivate commission only sales people as their future and earning potential are within their own control. It’s a little different in the non sales roles.

For a number of years we operated in the traditional way, this is your job description, these are your hours of work  and this will be your pay, if we feel your worth it, you may

I became increasingly dissatisfied with this approach as I felt  it wasn’t creating the sort of environment that maximized our employees initiative and creativity, giving  them a sense of control, and rewarding them directly for any increases in productivity and efficiency.

So I changed the rules, and put the future and potential rewards into their hands. It was a simple rule, when you’ve done your work for the day, to the standards we have set and agreed, you can go home, and things changed immediately.

Suddenly, I had a team of people who were helping and supporting one another, finding better ways of doing things, developing flexible working hours, raising the existing standards, fulfilling their tasks more efficiently and we mutually received the benefits.

It created a few challenges, mainly for me, but the employees loved it and we created a sense of ownership and job satisfaction that was incredibly valuable and got the results!! 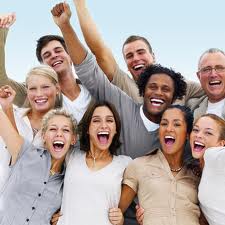